Last year, we decided to move house. We didn’t know exactly where we wanted to live although we knew we wanted to stay south of the River Tyne, so we just started viewing properties that were anywhere between Gateshead and Durham.

One night, I went for a drive to scope out the Washington area and stumbled across Washington Village. In the twilight of the day, it was so picturesque that I declared to my husband that I wanted to live there and even took him for a drive to show him how gorgeous it was. Alas, we didn’t end up buying a property in the village – choosing to settle in Chester-le-Street instead.

However, I still think about that twilight night. There’s a lot to love about Washington Village, from the Washington Old Hall National Trust property (which was the ancestral home of the family of the first POTUS – George Washington) to the village green which has some lovely independent businesses – including The Forge.

The Forge has been on my foodie bucket list for far too long. I even wrote a new list for 2019 and scribbled The Forge and Cook House (Anna Hedworth’s place in Ouseburn) at the top of the list. So, I was delighted to work with them on this blog review when the opportunity popped into my inbox to review their lunch menu. So with the husband in tow and the toddler being babysat by her grandparents, we went along one weekday afternoon in May for lunch.

The building itself is full of charm – it’s a 400-year old, grade II listed building which has been a blacksmith’s forge, stables and even a pottery. Inside, it has been restored and is now a foodie destination restaurant serving lunch and dinner. 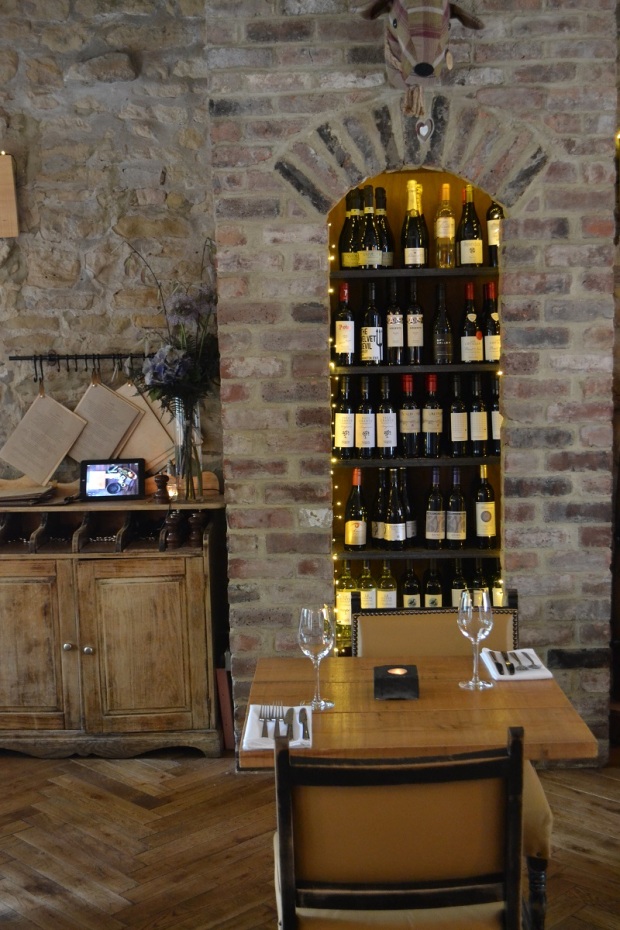 The lunch menu is divided into small plates, big plates, sides and desserts – so if you want to do the usual three-course meal, that option is there. But, they have a fantastic lunch offer of two small plates and a side for £9, which I think is an absolute bargain, considering that small plates cost between £6-£7 each.

Everything on the menu looked appealing. As I eat at more and more restaurants, I’m starting to realise that my favourite cuisine falls into two categories: seasonal British or authentic Chinese.

The menu at The Forge, falls perfectly into the former category – using the best of British seasonal produce to create well-executed, comforting dishes.

To maximise the amount of dishes we could try, we both opted to go for the lunch offer of two small plates and a side for £9. You can see the full menu here.

The Forge also has an excellent drinks menu, and offers 2-4-1 on Forge Classic cocktails between 12pm-7pm on weekdays. 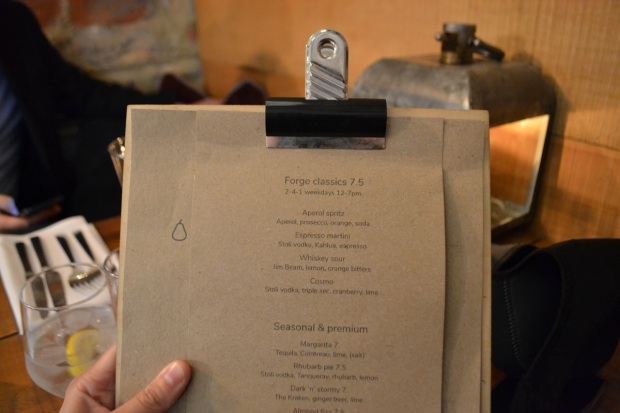 The dishes all arrived at the same time as each other, which made it perfect for social dining (and a quicker lunch – if you’re pressed for time).

Of course, for one of our sides we chose the thin cut fries with truffle oil and parmesan, and to try and balance out all the indulgence, we also went for the seasonal salad. 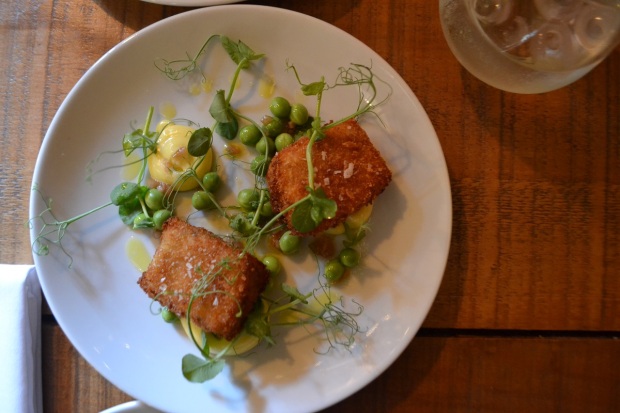 I was really impressed with all the dishes we had. The chicken leg fritters were so moreish – crisp on the outside with a rich, meaty interior that were satisfyingly savoury, while the glazed cabbage and broccoli had a spicy and tangy nudge thanks to the Korean dressing. My husband is a big fish fan, and said the grilled mackerel was cooked perfectly.

My absolute favourite was the baked hen’s egg with slow cooked ham and leeks. It was packed full of flavour and was deliciously comforting with the mustard butter sauce.

Definitely order this if you visit in the near future – menus change quite frequently.

The fries were just as they should be with a nice hit from the truffle oil, and the seasonal salad was creative with homemade croutons, baby gherkins and pickled red onion – giving it a nice vinegary tang.

Of course, we just HAD to have dessert – especially since I had clocked the Banana cake sundae, pecan caramel, malted ice cream as soon as I had looked at the menu. It was sweet, sticky and wonderful. Big chunks of banana cake with crunchy caramelised pecans were paired well with milky malted ice cream – I had made the right choice.

My husband decided on the British cheese, grapes, chutney, crackers and was surprised with the amount of crackers and size of the cheese wedges he was served – it was another mini meal in itself.

I was so happy to have ticked off The Forge from my foodie bucket list – however, I’ve already made plans to go back with a girlfriend for lunch, and now have my eye firmly on the dinner menu. This is one of the things I love about blogging, discovering foodie places that then become your go-to favourites.

It’s location, though hidden away in Washington Village is also perfectly accessible. It’s only 20 minutes away from both Newcastle and Durham, and for those travelling on public transport  – the 84 indiGo bus stops right outside it (get off at the ‘Washington Village Green’ stop) which also serves Heworth Metro station.

I think it would make a lovely day out – lunch here followed by a walk around Washington Old Hall. Let me know if you visit!

3 thoughts on “The Forge, Washington Village”